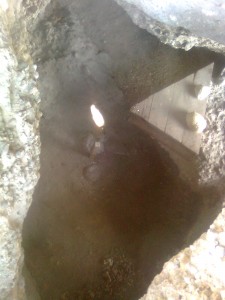 On his album “inleben,” (Ostblock Records) Peter Seher confronts his listeners with a somewhat different musical concept. More or less breaking away from traditional musical approaches, the sounds he brings forth are more avant-garde tonal stories and sound collages than structured pieces. “inleben” is a glimpse outside the musical box, an approach to the phenomenon of sound from a non-traditional perspective. Peter Seher challenges us to question our own listening habits and open ourselves up to others which are not easily categorized. The album will be presented on June 10th at the Rhiz in Vienna. 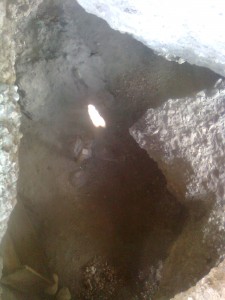 By his own account, Peter Seher worked for a long time on his tracks, often discarding ideas during the creative process only to pick them up again later and give them a proper reworking. What the sound inventor produces has only a limited connection with conventional musical practices. There are practically no melodies, harmonies or any sort of rhythmic structures to be found in this electro-acoustic concept, apart from the last number, “Seherman’s sadness.” If at all, then somewhere undefinable, hinting at the vastness of the sound universe he has created which reaches from absolute stillness, through avant-garde electronic fun and games all the way to idiosyncratic and experimental noise escapades.
Peter Seher has shown himself to be a master at creating spaces which, like the universe, continually expand. The sounds, tones and noises he has generated by use of electronic equipment, field recordings and acoustic instruments constitute the solar systems and the events which form here and there, flare up and disappear again into the apparent infinity. When exposed to the tracks, one eventually has the feeling of being part of the whole, as if standing in the middle of everything in the role of an observant astronomer.
Questions about stylistic placement in a specific musical category are basically obsolete because what Peter Seher has created simply moves too far outside of the usual parameters of musical classification. He has his own particular style, his own form of expression and on “inleben” he consciously breaks with any musicality whatsoever. It is, admittedly, not easy material which he has come up with, but it most definitely encourages the listener to take a closer and more intensive look – and listen.